You are here:
Bridging TechniqueCastsInjuries & Accidents 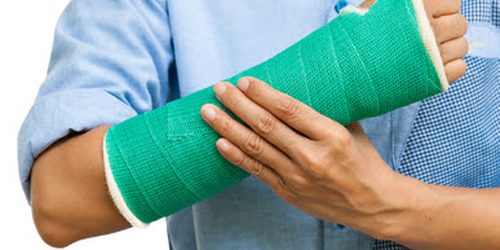 Medical Procedures: Setting a broken bone is a procedure too

Our client had been working out, finished, and was getting off the equipment when her pant leg got caught. Down she went. The good news was she caught the fall; the bad news — her wrist took the brunt of the impact and broke.

Injuries happen any time of the year, whether from sports, accidents or daily living. A common injury for both children and adults is a fracture. Often a cast is the choice to protect while healing.

In addition to the discomfort of the cast, common issues upon removal are muscle atrophy, inflexibility, poor control, and odd sensations of pulling and tightness.

Bridging takes a look at the aftermath from a new perspective — the physics of movement, which often yields another insight and solution. For you, this results in a faster and more complete recovery.

Your recovery has three stages where Bridging can help 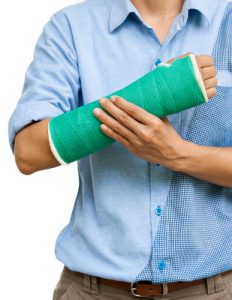 There are three points in the recovery process where Bridging supports you.

A week after the cast came off…

Our client came in a week following the cast removal. Movement was softening but use of her hand was still pretty limited and the wrist either hurt or had a weird sensation of tightness depending upon what task was being done.

To help her, we had to think through some questions.

Different questions guide us to a different solution allowing her to walk out feeling better and with significantly improved range of motion. 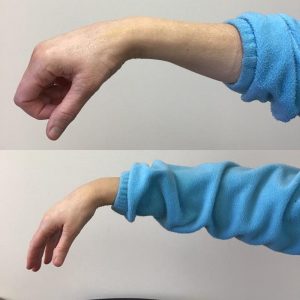 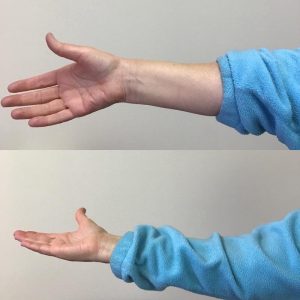 We got to work supporting her wrist, forearm, and shoulder. The focus was getting all three to work seamlessly together in many combinations.

These before/after photos show what can be accomplished in less than an hour. We also had some compensatory movements in her core and opposite arm to even out.

In each case the hand and fingers were able to relax and the wrist function was restored. Think how many times you need to turn your wrist –getting dressed, brushing teeth, eating, driving …!

Her next step — physical therapy for several weeks to restore strength.

When the cast comes off, let Kinetic Konnections be your next stop. We get the basics movement relationships working again so the strengthening exercises you may be doing have more benefit.

Often in one or two sessions our use of the Bridging Technique’s gentle movements restores your movement in the impacted area. You feel better, and often the area looks better!

Pain, Injury, or Behavior Got You Stressed Out?
January 15, 2021
Go to Top
This site uses cookies to personalize your experience. By clicking on this notification you are consenting to the terms of use. Find out more.