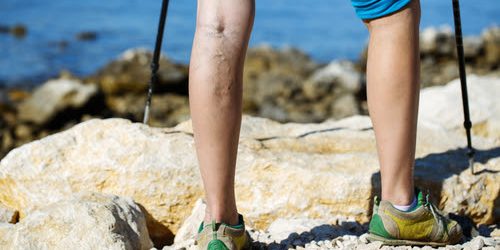 January is a time for medical procedures. Insurance plans kick-in with new options, and post-holiday downtime is a good time to take care of elective issues.

The trauma from procedures, even if elective, is enough to mess up your movement fundamentals. This often is experienced as discomfort, unexpected pain, delayed recovery, or decreased endurance. Often people don’t even realize how much the procedures have impacted them. Once Bridging returns the movement fundamentals to working order people are amazed at how much better they feel.

That was the case with one client who merely noted that her hips were tight when doing her usual workouts. Read more about what we found and how it was connected to a recent procedure!

Hips tight when working out — Why? 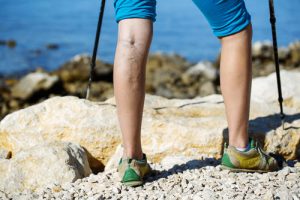 … by the way, veins were done two months ago.

A client who comes in every so often had an unusual question — why are my hips so tight? She normally needed help with tight neck and shoulders related to work stress. As we talked she mentioned that two months prior she had the procedure to collapse varicose veins.

The unexpected bonus of restoring movement in her legs

Shortly after the large veins were done she began noticing a crop of spider veins emerging. She did expect a dark coloration in the area of the vein work. What wasn’t expected were the many superficial spider veins. What bothered her daily, though, was the unusual tightness in her hips once she was able to begin exercising again.

We got to work. Our focus was on restoring leg movements to open hip movement without a specific focus on the vein sites. Movement from her ankles was linked back to her knee and then to her hips. The area which was inhibiting the hip rotation was around the knee where the veins had been done.

We took pictures before and after just because you never know what will change. Upon comparing we were astonished. The spider veins and some of the dark coloration changed! Just from improving the micro-movements in the entire leg.

Our client was thrilled with the hip mobility. Even better —  she could stop worrying about how her legs would look when warmer weather rolls around!

When you have a medical procedure done, let Kinetic Konnections be your next stop. All invasive procedures have some impact to the fluency in which movement crosses through an area of the body. When a barrier is created from a procedure, stress is created which often translates to pain or tightness for you.

Often in one or two sessions our use of the Bridging Technique’s gentle movements restores your movement in the impacted area. You feel better, and often the area looks better! Less swelling, better movement, better coloration, and faster overall recovery.

Still Recovering from a Surgery or Medical Procedure?
October 16, 2020

Would My Child Benefit from a Virtual Session?
September 25, 2020

What Do You Find Yourself Missing These Days?
September 18, 2020

Parents, Do You Have Back-to-School Stress Too?
September 4, 2020
Go to Top
This site uses cookies to personalize your experience. By clicking on this notification you are consenting to the terms of use. Find out more.