Headaches with An Unusual Cause 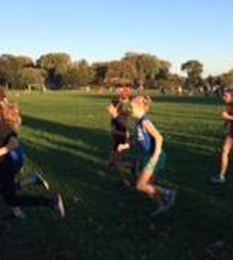 For years, 11-year-old Zoey experienced daily headaches. For as long as she could remember, Zoey’s mother said her daughter would comment about her head pain, particularly toward the end of each day.

“As the day would go on, the pain would worsen,” she described.

Unwilling to take any medicine to relieve it, Zoey lived with the pain, nearly becoming accustom to it. She would partake in typical youth activities such as, swimming but her mother noticed, compared to Zoey’s younger brother; she was more hesitant to try new things. Mom suspected her daughter was afraid of participating in new activities because what if the activity triggered a headache? Or, what if it worsened the pain she was already experiencing?

In recent years, the family investigated the need for eyeglasses or even a mouthpiece in case she was grinding her teeth, but neither were the cause. They were searching for other causes when they learned about Kinetic Konnections nearly a year ago.

At first, the family had anticipated being in and out of Kinetic Konnections’ office a number of times, but Zoey’s relief came quickly. Over the course of one year, Zoey worked with the Cara only four or five times and has had remarkable results.

“I was shocked at how few times we had to go to find the relief,” her mom explained.

An even bigger surprise came with the main cause for the pain. Zoey was born with her umbilical cord wrapped tightly around her neck. For her parents, this was an event that the doctor took care of so quickly that her mother said she wasn’t even aware of it at the time of delivery. However, the umbilical cord stress played a major role in the ongoing head pain.

Just Being a Kid!

Zoey now experiences an occasional headache, which is more often linked to school stress. One of the more dramatic changes Zoey’s mom has observed is her daughter seems to exhibit less anxiety. It is as if Zoey is “more comfortable in her own skin,” she describes. Zoey continues her swimming but was also part of her school play this spring and is running cross-country this fall.

“I see a happier kid who no longer lets the fear of headaches rule her life,” Zoey’s mom said.

The transition we all go through at birth is crazy complex and even more so when the umbilical (nuchal) cord is tightly wrapped around the baby. The harder mom pushes, the more stress is placed on the cord and the baby.

What’s more unusual is the percentage of our clients (adult and child) who were born with a cord wrap—at least 15-20%.  We find the cord limits movement in two critical ways critical—the development of overall regulation/calming and the integrated development between movement and vision.

In Zoey’s case, the cord wrapped around her neck had pulled so tight, the muscle interactions developed in a shortened, compressed set of relationships between her head and core. Once the cord was cut following birth she looked just fine, but her movement foundation didn’t transition without some help from Kinetic Konnections.

Since we met 15 months ago, she has been in the office just 7 times. It’s been so gratifying to watch Zoey’s fear and pain subside while her confidence and sense of adventure have grown.

The future plan is to refine her head and core movements as she grows. The shortened muscle relationships often don’t transition completely with growth. After cross-country running, we can’t wait to hear what Zoey decides to try next!

I’ve been talking about transition this year and Fall is truly the most magnificent transition of all the seasons.

Sports seasons are beginning to transition from outdoor to indoor. My personal challenge every year is migrating my workouts to the club without taking a detour to my comfy couch!

This month we are sharing a lovely story of transitions. A parent’s journey to help a child with pain has also allowed her to move forward in other aspects of life.